by Vanessa
in Entertainment, Lifestyle
1

Late OAP, Daniel Foster’s death has sent shockwaves across the length and breadth of Nigeria. He was that American with a booming voice and unmistakable accent on radio that made people laugh with the way he pronounces Nigerian names and words.

Daniel Foster came to Nigeria in 2000 and completely caused a revolution in the way we listen to radio programs! The evolution of Radio Broadcasting in Nigeria will not be complete without mentioning this versatile radio presenter, Daniel Foster. His impact in broadcasting over the years has indeed paved the way for many radio personalities in the broadcasting industry.

Let’s have a brief look at the life and times of this ace broadcaster and how he came and changed the space of radio broadcasting in Nigeria for the better.

His sojourn to Nigeria from America

Daniel Foster’s mum died when he was just ten year old. So his father brought him up together with his three siblings in Washington, D.C. USA with the help of his grandmother. As a teenager Daniel was rebellious, but soon sent to join the Marines by his father.

In an interview he granted to NET six years ago, he said the actual reason why his father sent him to join the Marines was because he got a girl pregnant at a very young age!  He later attended Morgan State University where he studied Broadcasting and Drama through the sponsorship of the Marine Corps.

After his studies, Foster worked with numerous radio stations including Cathy Hughes Radio One, Mix 106.5 both in America, and Virgin Island-based WTBN.

He came to Nigeria through a website that allowed radio OAPs to showcase their works for job hunting. Chris Obosi of Cool FM saw his tape on the Internet and sent him a letter to come and join Cool FM. That was how he dropped everything and came to Nigeria and quickly became popular with Nigerian radio listeners.

His stint with four radio stations in Lagos

Daniel Foster was popularly known as The ‘Big Dawg’ and ‘Top Dawg’ on the radio. He was so loved by his listeners. You could say he had a cult following on radio and they practically followed him to any radio station he migrated to.

Dan foster became really popular with a radio program he created called, ‘The Sunday Praise Jam Show’. It was a show that he lunched and created when he was at Cool FM and it became a big hit.  In 2003, he did the Praise Jam Concert that blew the minds of his fans. A total of over 22, 000 people in attendance. He created and directed the first-ever Praise Jam concert that later became a yearly concert. He once said in an interview that God called him to preach the gospel on radio.

After spending 8 years with Cool FM, Dan moved to Inspiration FM where he was paid a whooping N1.6 million per month. Foster joined the urban radio station in 2008 and contributed greatly to the success of the start-up station at the time. He created and directed the Sunday Morning Praise Jam.

In 2014, he left Inspiration FM to join City FM. Dan Foster later joined Classic FM in 2016, making it the 4th radio station since he moved to Nigeria from the United States in 2000. Daniel Foster was hosting the Classic morning show at Classic FM and Sunday Morning Talk on Lagos Talk FM. And so many other interesting programs before he was diagnosed with Covid-19 and died on June 17, 2020.

In 2001, he was named Best Radio Presenter by the Nigeria Merit Award. In 2003, 2004, and 2005, he was named the Best Radio Personality at the Nigerian Media he was a mentor to many in the broadcasting industry. He groomed the likes of Gbemi Olateru-Olagbegi and many others.

In all of these radio stations he worked, he left indelible marks that will never be forgotten. He contributed immensely to stations that were just starting up with his expertise in programming and business development. 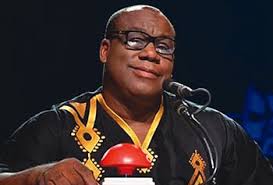 As his popularity in Nigeria soared, he also got other jobs outside the radio. In 2001, Foster featured in the Nollywood movie, ‘Face of a Liar’. In 2007, became one of the judges on the one-off Idols West Africa series, alongside Nigerian Dede Mabiaku and Ghanaian Abrewa Nana. He was a judge on Nigeria’s Got Talent alongside actress, Kate Henshaw and comedian Yibo Koko.

His first marriage and remarriage

Before relocating to Nigeria, Foster was previously married and had a son named Joshua. In an interview he granted years ago, Dan was quite emotional about his first wife’s refusal to stay with him in Nigeria but took his son away from him back to the USA. But he wanted his son close to him; he was truly hurt by this. She went back, remarried and had other children.

Dan waited for several years, dated some notable ladies in Lagos before he met his wife, a Nigerian from the Igbo tribe, Lovina Okpara at Silverbird Cinema.

According to Dan, one of the things he loved most about his first meeting with Lovina was that she didn’t know who he was. He said for about two weeks they dated, she had no idea who he was. She loved him sincerely and not because he was a star on radio and that really tripped him off. A year after meeting her, they got married! They are parents of daughters Kayla, Daniella and son, Somtochukwu.

In between the drama of his changing jobs to different radio stations and being a judge at reality shows, Dan Foster had a sizzling romance and a highly publicized relationship with media mogul, Linda Ikeji.

The relationship didn’t really end well as a lot of gossip and lies trailed them after they broke up. According to an interview Dan Foster granted to Punch Newspaper years ago, he revealed how Linda in her modeling days was crazy about him but he took her for granted and was rather a Casanova, dating two other women in different parts of the country all at once. “She was in love with me. But it didn’t work out. I took her for granted and I was dating other women while I was dating her. I hurt her so badly. She even left the country for a while after we broke up”. He disclosed then.

But this general impression the popular Nigerian-based American radio presenter gave to the public that he was the one that left her was refuted by Linda herself.

According to her, the story actually goes that she was in fact the one who left him because he lied about his true age to her. He was about five years older than the age he claimed when they started dating. All that “I took Linda Ikeji for granted,” was a lie.

He lied to her and moreover, she said she was not in love with him and her family could not imagine him as a suitable son-in-law. She concluded that her relationship with Dan Foster hit the rocks due to incompatibility.

Linda Ikeji met Dan Foster in 2001 at her 21st birthday party in Genesis Restaurant and Nite Club on Sanusi Fafunwa Street, Victoria Island, Lagos. He came with fellow radio presenter, Olisa Adibua when they were still working for Cool FM 96.9 Lagos. But they never started dating until four years later before she became a blogger.

Well this gossip is water under the bridge now as this great broadcaster is no more with us here on earth. He will surely be missed; especially his baritone voice on radio.

Dan Foster will be remembered for his great contributions to radio broadcasting in Nigeria. May his soul rest in peace!

Late Ibidun Ighodalo To be Buried On Saturday, June 20