I Refuse To Bow My Knees To ‘Jesus’- Daddy Freeze

by Vanessa
in Entertainment, Religious Beliefs
0

I Refuse To Bow My Knees To ‘Jesus’- Daddy Freeze 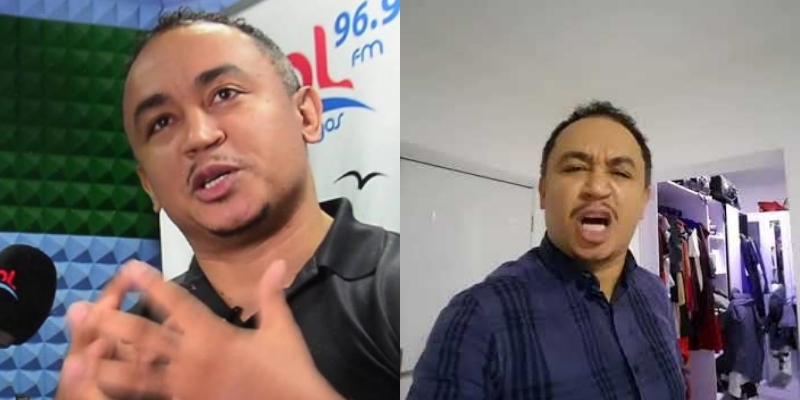 Freeze announced that he rejects Jesus Christ as his personal Lord and saviour.
He said his refusing to bow the knee to ‘Jesus’ is the greatest act of protest a black man can EVER undertake.

The founder and leader of Free Nation, and online ‘Church’ rejected Jesus giving reasons that the character of Jesus was created by the whites and colonial masters.

According to the controversial social commentator, Jesus never existed as the Bible claimed and that his Savior is Ye’shua which is the direct interpretation of Christ in Hebrew.

In his words he said;

“By rejecting Jesus’ and holding on to Yahushua/Ye’shua, I cut out the colonial masters from the narrative, because they were never meant to be there in the first place…

Salvation first came to Ethiopia, in Africa, in Acts chapter 8.

I speak their language fluently, spend their currency and visit their countries with joy, but refuse to worship their version of our God. Refusing to bow the knee to ‘Jesus’ is the greatest act of protest a black man can EVER undertake! -FRZ”

I'm a journalist and relationship columnist. I'm passionate about arts, entertainment,marriage, religion and politics. I love giving back to society.

Why Pastor Ituah Ighodalo Was Sacked From RCCG For Marrying His Late Wife, Ibidun

Kalu to PDP: You Must Get It Right in 2023 By Fielding Men With Proven Pedigree