APC Wolf-Cry-Propaganda Is Proof They’ve Made Atiku Their Bane, Excuse For Failure

by Vanessa
in Politics, Uncategorized
0

APC Wolf-Cry-Propaganda Is Proof They’ve Made Atiku Their Bane, Excuse For Failure 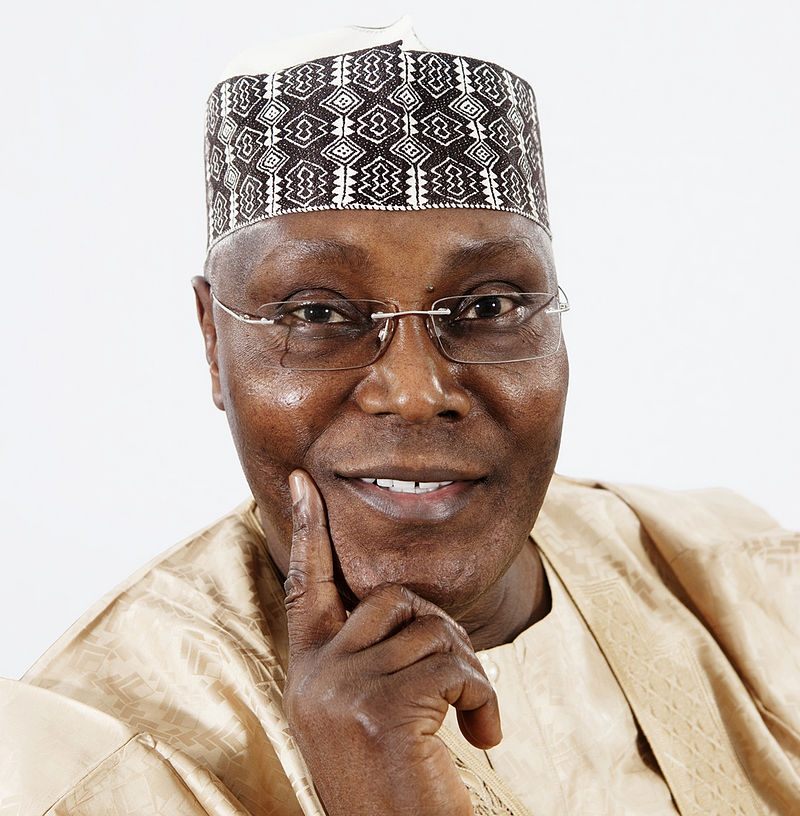 The National Publicity Secretary of People’s Democratic Party Youth Alliance, PDPYA, Chief Dr Emeka Kalu, has lambasted APC over a statement it issued calling for investigation of Atiku, Sararki and other PDP Stalwarts coming on the heels of the arrest, extradition, prosecution and conviction of Instagram celebrity, scam kingpin, simply know as Hushpuppi.

In a statement issued from his Abuja base and signed by his media and publicity aide, Comr Amos Kalu, the one time gubernatorial aspirant in Abia State wandered at the justification and screwed efrontery behind such calls from a party that has supervised fraud, anti-corruption-witch-hunt, killings, embezzlement and reckless leadership laden with ineptitude and redefined corruption, stating that this is a case of a man offering to pick out splinters from another’s eyes when he has log of wood in his own eyes.

“This hypocritical call has further exposed the unseriousnes and insincerity of APC to Nigerians, a party whose stock in trade is propaganda and one sided corruption fight. To them, they have seen another topic to distract Nigerians from their failure, but Nigerians are now wiser.

“As Nigerians, if there’s a picture Op with a presidential candidate like Atiku, does not mean prove of business relationship as APC-Propaganda would want to dribble with and therefore APC calling for Atiku to be investigated because Hushpuppi was arrested is playing to the gallery and a sign that they regret that the leadership didn’t do their works to burst kingpins because they dwell in propaganda.

“They just became audacious because a government of another country has done a huge job for them” he said.

Chief Kalu also reminded APC that this wicked propaganda again will fail, just like every other one they had thrown at Atiku, including labeling him corrupt without prove just to paint him black before Nigerians.

He said that they should be ashamed that after all their efforts then, Nigerians loved Atiku more and massively voted for him in 2019, stating that the only fear of APC about losing power in 2023 rest on Atiku, that is why they want to start another round of character assassination that will fail as usual.

“APC has proven to be a gathering of hypocrites who chase the rats when their house is on fire.

“I suggest they start their investigation from telling Nigerians what happened to all the sums recovered from Nigerians in the name of corruption fight.
Let them investigate 36Million snake money and tell Nigerians. What about the most recent palliatives disbursement that was shrouded in shadiness and no transparency? When will APC investigate Tinubu’s Bullion Van saga or Ganduje’s Dollar bribe?

“They should never think that they have the eternal power of investigation because they’re in power. Power is transient, the investigator must one day be investigated and his deeds thrown to the light.

“Atiku is not the reason for APC failure though they have made him their bane and nightmare. This is time to attempt to do something meaningful for Nigerians because propaganda can never at any time replace good governance”.

“Shamelessly, our finance minister has boldly come out to tell us they lost N700Billion in fire outbreak and you begin to wonder what has gone wrong with APC with their brazen arrogance for stealing and fraud.

“They should better call for immediate probe on Buhari who has suddenly grown shy of fighting corruption because he has now redifined it. Adams Oshomole though now in pause mode need to be investigated for runing Edo State, Ganduje and all of the APC stalwarts should not be exempted because accountability is prerogative of any good leadership” he concluded.

Hushpuppi: Kalu Calls On INTERPOL to trail APC Teleology and the Funtuas Kingpin